Gerald Celente Forecasts That The Greatest Depression is on Its Way

In just one week the Dow dove 800 points, crude oil tumbled 4%, China reported disappointing data for July, the UK pound continues to drop…and much, much more is happening around the globe.

Known for his accurate predictions and being the first to call the Gold Bull Run, Celente shares his most recent forecast:

I maintain my forecast that gold will spike above $2,000 per ounce. And considering that gold has hit six year highs, I forecast the downside risk is at the $1,390 per ounce range.

Just as I was the first to call the “Gold Bull Run,” I am now forecasting that the “Greatest Depression” is on the way…”

In this video, Jim Willie says gold isn’t topping-out at US$1500.

Discussing the situation in Hong Kong, the geo-politics between China and the US, the failed US government bond auctions, inflation and more, Jim is confident the gold price is going straight to US$1900!

De-dollarisation – The Real Push for Gold

“The dollar isn’t necessarily king anymore, and gold is more than ready to resume its rightful place on the safe haven throne.”

While interest rate cuts and geopolitical catalysts are creating the perfect storm for gold, there is one key trend that’s being overlooked.  According to experts, this trend will outlast the current geopolitical meltdown and the Fed’s policies.

It’s the global push for de-dollarisation.

“Governments around the world are becoming increasingly wary of the dollar’s hegemony in international trade,” says Moore. “And they’re doing their best to distance themselves from it by using their gold reserves to buy more gold instead.”

Worrying Figures That Point to Recession

A survey conducted by the Bank of America Merrill Lynch found that one third of global fund managers predict a recession in the next year.

This article takes a look at US and Australian figures that point towards recession. 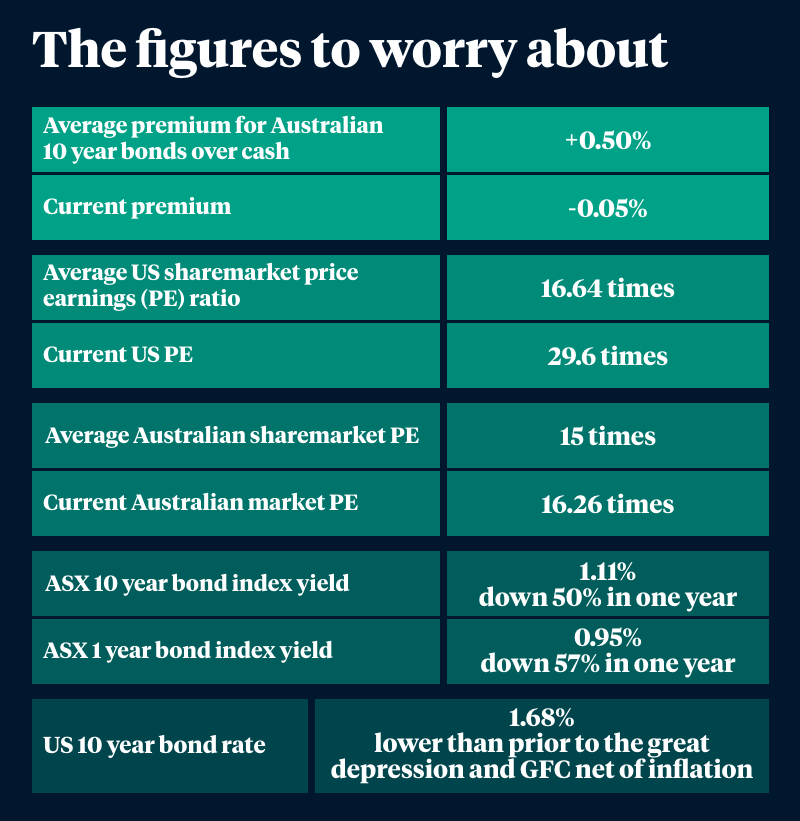 With most assets like real estate, stocks and bonds at all time highs, gold and the precious metals are one of the only assets that are still far from their all time highs.

Could there still be plenty of gains ahead?

Is History Repeating Itself?

Laurie William shares his thoughts on Grant Williams latest newsletter and points out similarities between the the U.S. investment euphoria of the roaring 20s and its lead up to the great depression and how this parallels with today’s pattern of investment growth.

Today shares many societal and cultural similarities with the 1920s...the stock market has performed in similar fashion to its parabolic rise into the 1929 top.  What might be taken as an even more worrying parallel is that back in 1929, the stock market mega crash, was preceded by the stock indices effectively going nowhere after continual rises...Well the S&P500 is currently only at around the same level as it was a year ago after a period of making successive high after successive high.  Is that a warning sign of a pending market crash?  And if so will anyone take any notice of such a warning?”

Although history tends to repeat itself, the investment community rarely takes these signs seriously, even though the margin debt on the NYSE has taken a similar route to that which preceded each of the two previous major bubbles – both of which led to massive stock market corrections.

But what does this mean for gold?  Find out: