Following a decade of below-target inflation and with the Fed’s latest QE program being the largest on record, take a look at who’s bullish on gold:

“At this point right now, we still really like gold…There are a lot of reasons to own gold. Foremost is that you are still seeing the debasement effects of all the stimulus going on…” – Jeff Curie, Goldman Sachs

Not only this, the Canadian Investment Bank expects gold to reach $1900 an ounce within the next three months! Similar sentiments have also been echoed by Bank of America, TD Securities and more, who expect the demand for gold to go up, as governments globally use monetary and fiscal tools to combat the economic damage caused by the COVID-19 pandemic:

Is Gold At The Start Of A Parabolic Move?

An interesting arc is forming on the latest gold charts. Could this be the start of a parabolic move to take out 1788-89.

As a consequence the stressed periods of 1976-1980 and 2001-2011 may be the best reference which could therefore yield unthinkable levels for Gold in the coming years. As I continue to say- “The only thing unthinkable in financial markets in a crisis is that anything is unthinkable” The same likely holds for Silver (It reached $50 in both 1980 and 2011).

Carnage Of The Fed’s Swaps

March 2020 was the great epicenter of what everyone hopes will be the sum total of GFC2, but what in markets (and data) looks to be instead maybe just its opening drama. In TIC, this global dollar shortage blows apart the monthly figures beginning in the way you’d expect. 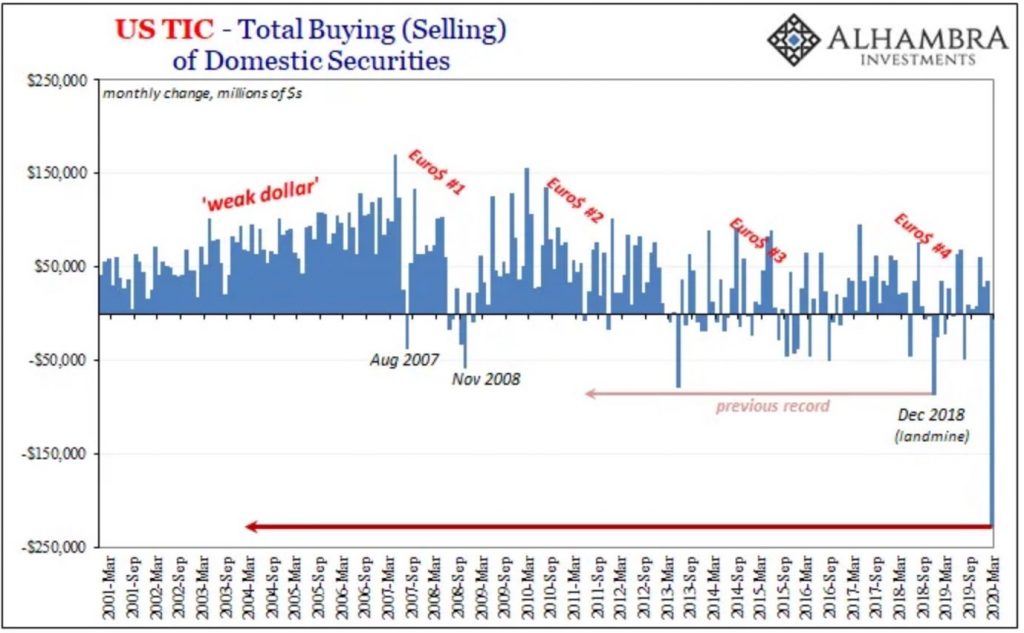 How else might the Fed’s swaps have unintended side effects?  Take a read: