Looking at a recent gold chart, James Turk says that the reverse head and shoulder patterns, though incomplete, suggest a massive rally is ahead. 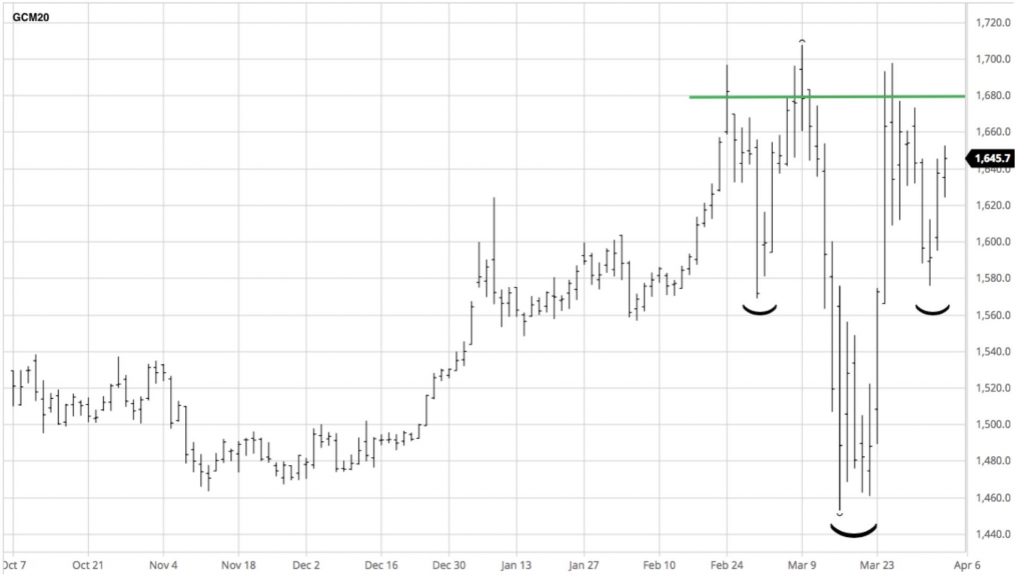 According to Turk, the pattern being formed communicates a clear message: people are accumulating gold in large amounts, which is likely to result in higher prices for gold.

Now that investors once again have liquidity in the form of US dollars and other fiat currency, they are asking themselves what is safer: Physical gold with its 5000-year track record? Or fiat currency that is likely to see an accelerated rate of debasement in the months immediately ahead?

What do you think?

In this article, Michael Ballanger reveals the greatest fallacy of the New Millennium;  “Free Market Capitalism”.  Instead, we’ve seen the rise of “a new world order of “Rigged Market Socialism,” where the wonderfully fertile process of true price discovery has been supplanted by interference, manipulation and price management.”

Because of this, Ballanger advises:

Never in my forty-plus years in association with the mining and metals arena have I come across a more opportune time to hold gold assets than now. I cannot underscore this. We are going to go through a near-term deflationary scare here first, but what will follow will be an inflationary firestorm, the likes of which will make Weimar, Zimbabwe and Venezuela look like Switzerland.

He also shares an interesting insight into the silver market at the moment.

In this video, Pierre Lassonde discusses how gold is reaching a price level close to the level of the Dow Jones Industrial Index.  If we see a 1:1 ratio, gold should skyrocket to much higher levels in two to five years time,  possibly reaching a target of US$20,000!

Considering this, Lassonde advises that gold is still a buy today as we are still in the early stages of the bull market.

In this article, Greyerz warns that we are at the start of a secular downturn which will soon become a hyperinflationary depression:

The crisis that the world is now encountering has not been caused by the Coronavirus…Coronavirus is just the catalyst…The real cause of the Greatest Financial Crisis in history is the Central Banks.

Economist John Butler says gold could climb to $5,000 in a few years, largely due to the ‘loose monetary and fiscal policies that will come as a result of COVID-19.’

Based on the historical pattern of the 1970s, and stagflation, and other times these sorts of things have come about, I think gold is going to rise, by orders of magnitude.