Buy Australian Kangaroo and Nugget coins dating from 1986 to 2020. The Perth Mint’s Australian Gold Kangaroo is one of Australia’s most well-known and internationally recognised coins.

In 1989, The Perth Mint released a proof edition of the Australian Gold Nugget featuring a more internationally recognised symbol of Australia, the Australian Kangaroo. The new coin’s design featured a bounding kangaroo surrounded by rays of sunlight.

One of the most unique qualities of the Australian Kangaroo coin is that their reverse designs change annually.  The coin also features a unique two-toned frosted effect, a limited mintage and are sold presented in an acrylic plastic capsule. Unusual for bullion coins, these features make the Australian Gold Kangaroo popular among investors and collectors alike – some coin releases even have numismatic value beyond the value of the gold alone.

Established on June 20, 1899, The Perth Mint is Australia’s largest official bullion mint and is backed by the Government of Western Australia.  The Perth Mint is recognised worldwide for its high-quality standards in bullion production.  Perth mint products are recognised and endorsed by five of the world’s leading commodity exchanges and is listed as a good delivery brand on the London Bullion Market Association (LBMA). 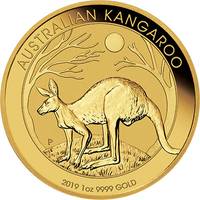 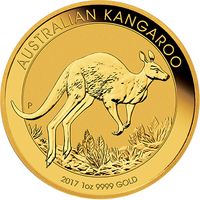 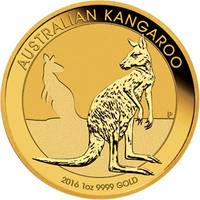 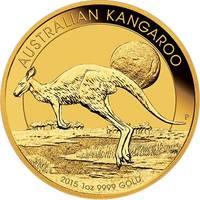 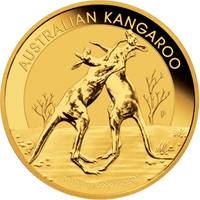