The 2000 Summer Olympics represented a tremendous milestone historical event for Sydney and the entire Commonwealth. Thousands flocked from around the world to discover what Australians already knew. The world saw Sydney more than ever before as a world-class metropolis brimming over with culture, arts, and a dynamic business climate.

To commemorate this special event, The Royal Australian and Perth Mints created several series of coins in gold and silver. Selections run the range of bullion coins crafted of beautiful rare metals to coins made of less expensive materials, but no less beautiful.
These selections include the legendary and award-winning Sydney 2000 Olympic Masterpiece. Struck from 99.9 percent pure silver, this coin features an intricate design centered around the Sydney 2000 logo. It features all 18 sports and at the time was the largest coin ever struck. The 2000 World Money Fair in Basel Switzerland declared it “Coin of the Year” for 2000.

The fantastic selection does not end here. Also minted in silver were the “Sea Change” and “Reaching the World” coins. These feature designs centering on the official Olympic logo.

In gold, The Royal Australian and Perth Mints fashioned a strikingly beautiful and poignant set of eight coins depicting the athlete’s journey toward developing the heart of a champion. Each set comes in a magnificent Jarrah case with only 30,000 sets created. Six of the coins feature coloured designs, the first official gold coins anywhere to carry them.
Finally, all coin collectors will enjoy checking out our collection of CuNi coins crafted for the Sydney Olympics. KJC offers 18 options for collectors who look to add to their Sydney 2000 collection of uncirculated commemorative coins.

Some of these coins feature Olympic events, such as hockey, gymnastics, and badminton. Others feature whimsical renderings of the official mascots, Syd, Ollie, and Millie playing Olympic sports such as handball, archery, and cycling.

KJC takes special pride in helping Australians remember the pageantry of hosting the Olympics in Sydney, allowing it to form the centrepiece of world sports for the year 2000. Our Olympic coin set selection rivals almost any other set of such coins offered for sale. Now you too can own an important part of Australia’s modern history.

For almost 25 years, KJC has been in the business of distributing to the world Australian art, culture, history, and even sports through the sale of superbly crafted coins. We only work with established entities such as Baird and Company from the UK, official mints in Australia, and others. Our partners always offer products which are welcome anywhere on the world marketplace.

We take seriously our commitment to serious investors and collectors alike to offer products whose excellence is recognised everywhere. To learn more about collecting and bullion coin investing, please reach out to KJC today. Our friendly and professional staff stand ready to help. 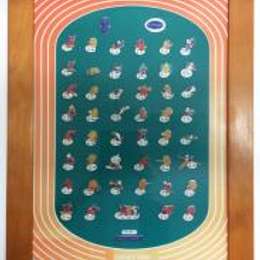 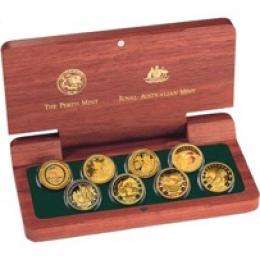 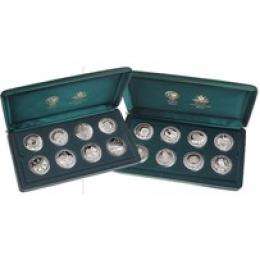 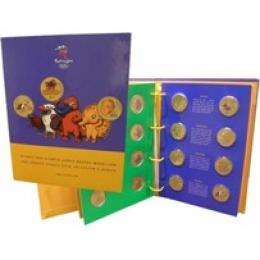